Hope in Call for Track Facility in Central Ayrshire 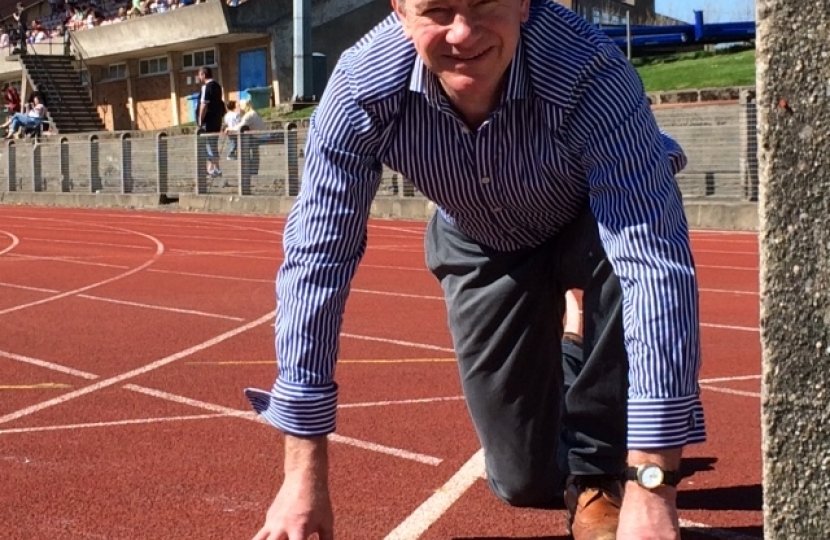 Conservative candidate Marc Hope visited the iconic Dam Park facility in Ayr this weekend to highlight the need for a similar facility in Central Ayrshire constituency.

Marc competed for Ayr Seaforth at a young age, participating in various tournaments at Dam Park and more recently led the team responsible for securing sponsorship for the 2014 Commonwealth Games in Glasgow. This included a major deal with athletics firm Mondo and some of the equipment provided from that agreement are now situated in Dam Park as part of the Commonwealth legacy for Ayrshire.

Marc said: “Dam Park is an excellent and timeless facility which promotes a healthy lifestyle and has provided the setting for hundreds of sports days and tournaments since the facility was first opened. I want to fight for a similar facility for Central Ayrshire because I am passionate about promoting sport and healthy living”.

Marc added: “Some have suggested that this seat is a straight contest between two other parties. I know that this seat is a three-horse race and that the Conservatives can win here. We are the only party who won’t do a deal with the SNP and we will govern for the whole of the United Kingdom”.