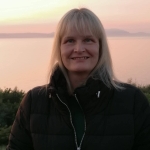 Sharon Dowey is a Scottish Conservative and Unionist Party MSP for the South Scotland region of the Scottish Parliament based in Ayr. Sharon is a hard-working Conservative who is a senior manager at Wm Supermarkets. 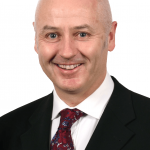 Martin Dowey was one of 3 new Scottish Conservative Councillors elected to serve Ayr West in the 2017 South Ayrshire Council Elections. He is also elected to be the leader of the Conservative Group in the council. 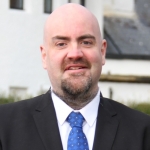 Lee Lyons was one of 3 new Conservative Councillors elected to serve Ayr West in the 2017 South Ayrshire Council Elections. 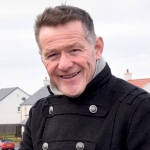 Derek McCabe was one of 3 new Conservative Councillors elected to serve Ayr West in the 2017 South Ayrshire Council Elections. Before becoming a councillor, Derek worked as a press and PR photographer. Derek has also worked as a staff nurse in the NHS. 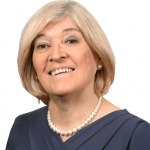 Councillor Mary Kilpatrick was first elected to South Ayrshire Council in the 1999 local elections in the Ayr Masonhill ward - gaining the seat from Labour - and has remained an elected member since representing the Ayr East ward (2007-present).During her 20 years in the council, Mary has served as Deputy Provost and Chair of the General Purposes Panel and sat on various other boards and panel. She has supported investment in local schools, and has campaigned for the reinstate of the layout of Holmston Rd. 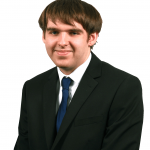 Ian Davis was elected to serve the ward of Ayr North in the 2017 Council Elections. At the age of 22, Ian was the youngest councillor to ever be elected in South Ayrshire. 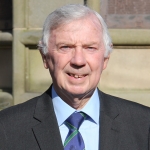 Councillor Hugh Hunter was first elected onto South Ayrshire Council at the 1999 local election, representing Prestwick St Cuthberts and Monkton (1999-2007) and now represents the Prestwick ward (2007-present). He has served many different positions during his time as councillor, including a period serving as council leader. Over his 20 years as a coucillor, Hugh has stood up for a range of issues in Prestwick from protecting local facilities and services, to supporting groups operating in the area. When he isn't hard at work representing his area, Hugh enjoys golf, watching sports on tv and is an active churchgoer. 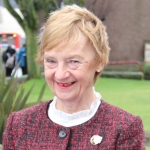 Councillor Margaret Toner was first elected onto South Ayrshire Council at the 1999 local elections representing Prestwick St Ninians (1999-2007). and currently represents the Prestwick ward (2007-present). In the council, Margaret has worked hard in areas relating to schools and education especially whilst in administration. When Margaret has spare time from her duties on the council he enjoys listening to music, specifically orchestral music, her local choir and also spending time with her grandchildren. 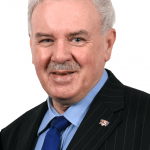 Councillor Peter Convery was first elected onto South Ayrshire Council at the 1999 elections and represents the Troon ward.Outside of his work at the council, Peter enjoys ornithology, orienteering, prison visiting and also his work with the Royal National Mission to Deep Sea Fishermen. 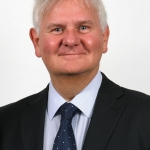 Bob Pollock was first elected to serve Troon in the 2017 South Ayrshire Council Elections. He has been a Troon resident for over 35 years, and before joining the council, Bob was a senior police officer for 30 years, 5 of them as the local inspector.