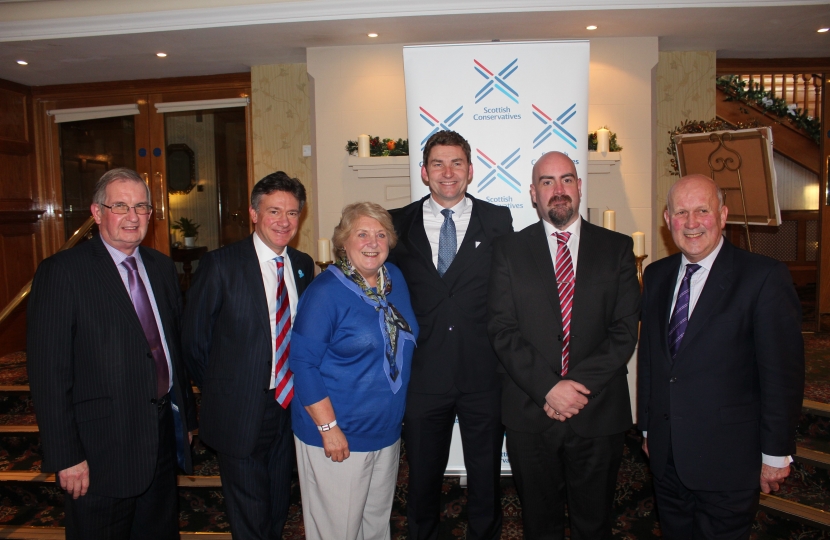 Our guest speaker Brian Whittle famously won one of his three gold medals at the 1988 European Athletics Championships in Stuttgart where he ran the third stage of the 4x 400m relay with only one shoe on after team-mate Kris Akabusi stood on it during the baton handover and ripped it off. Brian's run was described by commentator David Coleman as the “fastest sock in history”.

Brian spoke about his achievement against the odds in Stuttgart and related this to our General Election fight in Scotland saying that "as a party, the Conservatives have been written off before in Scotland but I now believe we are a more professional and honest party and I believe we can win again in places like Ayrshire at this level".

Brian added that "Politics is about choices. Vote Conservative for a low tax and fair economy or vote for Labour for higher taxes, more borrowing and a larger debt. We need to sell our message and I know Marc and Lee are the right candidates to do this I wish them the very best in this contest”.

This is the associations first major event of the year with more planned for early 2015 before the General Election.

Thanks to T.H. Dalling, Table Toppers and Dobsons Pantry for their kind prizes. Also thanks to Alistair Redman, PPC for Argyll and Bute for a bottle of Laphroaig Whisky from Islay and also to Lochgreen House Hotel for a superb meal and excellent service.