Conservatives Take By Election Down to the Wire! 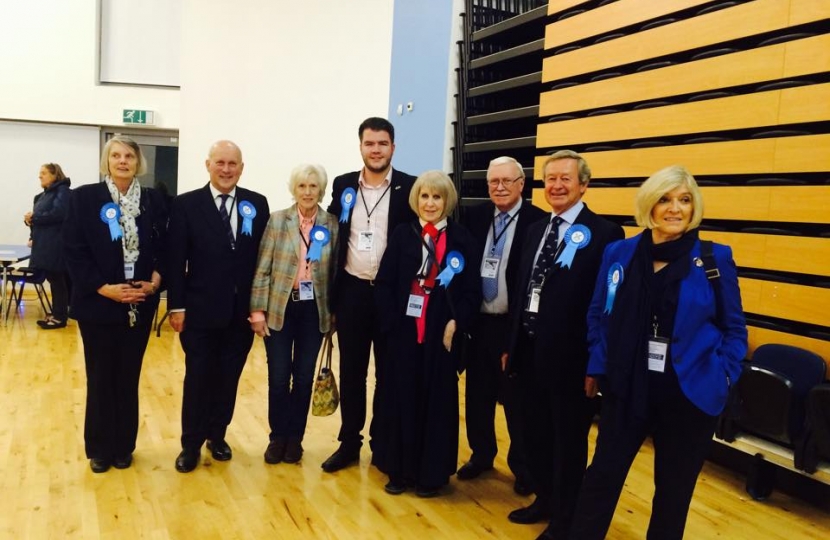 Last nights by-election went down to the wire as Scottish Conservative and Unionist candidate Dan McCroskrie narrowly lost out to the SNP by 35 votes after the 4 stage of counting. Dan McCroskrie beat the SNP by 20 votes on 1st preferences, however it wasn't enough to ensure election at the first stage. Prefences from the Greens, Labour and the Independent candidate Andy Bryden allowed John Wallace (SNP) to become the new councillor for the ward. Despite this, the Conservatives took comfort in the fact that we topped the poll on 1st preferences and we increased our share of the vote by 5.5% in comparison to the last local council election in 2012.

Dan said: "I want to thank every single person who put their faith in me and gave me their 1st preference vote. It was an honour to stand for election in my hometown and to come this close is truly humbling. I have a fantastic team of people around me who dedicate time and effort to helping our cause. We may not have won the overall contest, but to beat the SNP on 1st preferences and increase our vote share is a remarkable achievement in the current climate. I want to congratulate John Wallace on his win and wish him the best of luck in the role".

Following the elimination of Boyd Murdoch, Andrew Bryden and Susan Wilson, the following result was declared after the reallocation of 2nd preferences: