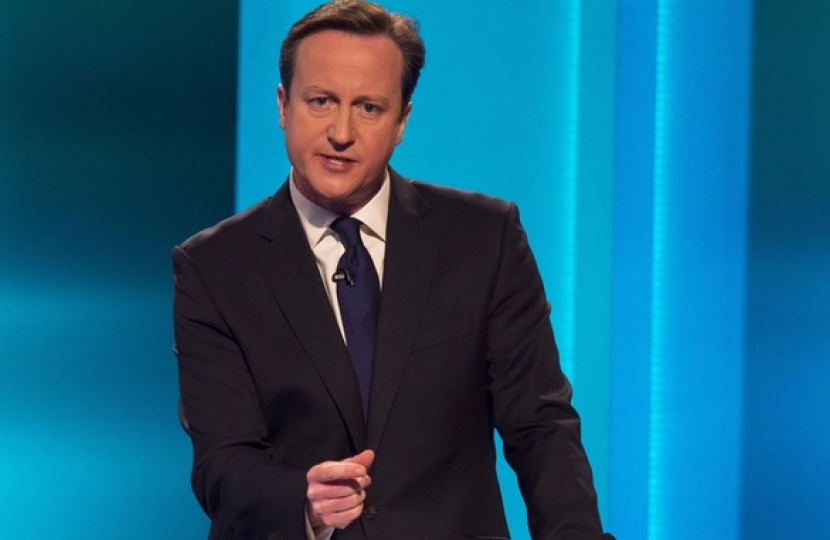 Conservatives topped a YouGov poll last night following the firs big debate on ITV which involved all of Britains main parties and some of the regional outfits. The poll placed the Conservatives on 37% - our highest poll rating since October 2013 - with Labour on 35% and the others trailing behind. The debate saw David Cameron speak about our clear plan to secure a better future for Britain which included creating another 2 million new and secure jobs, to yet again increase the personal allowance in the next Parliament and to yet again commit to our NHS. Our opponents on the other hand squabbled and SNP leader Nicola Sturgeon committed to "keeping Ed Miliband honest" by propping up his party at Westminster.

David Cameron also reinforced his clear commitment to delivering an In/Out referendum on Europe in 2017 and also pledged to clear the deficit in the next parliament after the Conservatives halved it in this parliament. The polling also showed that the minor party leaders came up worst on the night with Natalie Bennett and the Greens coming bottom of the leadership opinion polling and falling behind the ailing Liberal Democrat for the first time since November 2014.

To read about more of our long term economic plan, please visit: https://www.conservatives.com/Plan.aspx