Councillor for Girvan and South Carrick

Ian Fitzsimmons was elected to serve Girvan and South Carrick in the 2017 South Ayrshire Council Elections. He has previously served as a local councillor in the area between 1999-2012. Ian has been active in various local groups including the Girvan Flower Show and the Attractions Association. Ian also helps in the North Parish Church on Sundays. Since being elected, Ian has stood up for constituents across the ward. 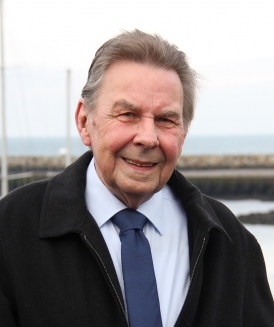 If you have a local or council-related issue in the Girvan or South Carrick area, please get in touch with Ian on ian.fitzsimmons@south-ayrshire.gov.uk or write to him at Cllr. Ian Fitzsimmons, South Ayrshire Council, Council Headquarters, County Buildings, Wellington Square, Ayr, KA7 1DR or phone him on 07583036729.