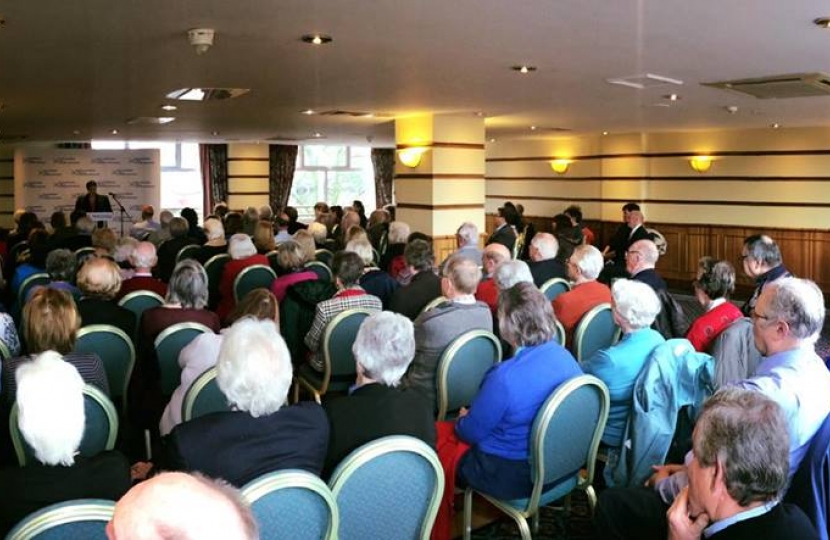 Scottish Conservative and Unionist Party leader Ruth Davidson addressed an audience of 140 members, supporters and activists at the Mercure Hotel in Ayr on Saturday 2nd April to speak about why only the Scottish Conservative and Unionist Party can be the most effective opposition to the SNP. Ruth also backed local candidates John Scott who is seeking re-election to serve the people of Ayr, Troon and Prestwick in the Scottish Parliament and also Lee Lyons who is running in the Carrick, Cumnock and Doon Valley Constituency. In her speech to members, Ruth highlighted the comments made by Labour leader Kezia Dugdale where she indicated that she "could vote for independence" in the future. Ruth stated that this shows Labour can't be trusted with the Union and as such will continue to be paltry opposition to the SNP.