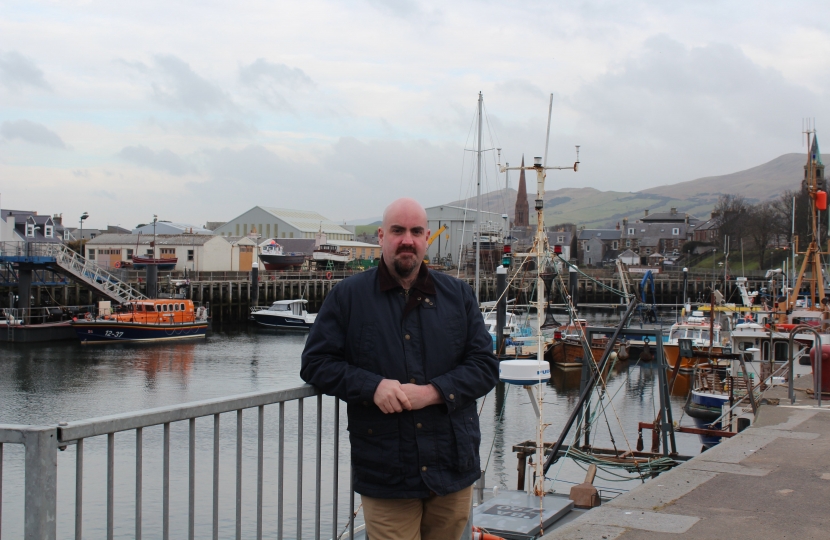 Scottish Conservative and Unionist candidate for Carrick, Cumnock and Doon Valley Lee Lyons has slammed the Scottish Government over their announcement to cut the annual grant to the Scottish Young Farmers.

A Scottish Government spokeswoman confirmed that the Young Farmers annual £66,000 grant is being cut completely, representing just over a 10% hit to the group’s annual operating budget.

The Scottish Young Farmers represent young people who live in rural communities across Scotland and several hundred members are in and around Ayrshire.

Lee Lyons said: “I am disappointed that the SNP have decided to completely cut the annual grant given to Scottish Young Farmers. It is a vital group which helps bring together over 3,500 young people from some of the most isolated parts of Scotland and this cut will almost certainly have a negative impact on the way the organisation operates.

This is the first time in over 70 years that Scottish Young Farmers will receive no support from the Government and this is yet another damning indictment of how anti-rural the SNP are. From their land reform plans which will have a negative effect on many rural estates to their inability to pay vital CAP payments to farmers on time; it is clear that the SNP only care about the central belt and not rural communities right across Scotland”.