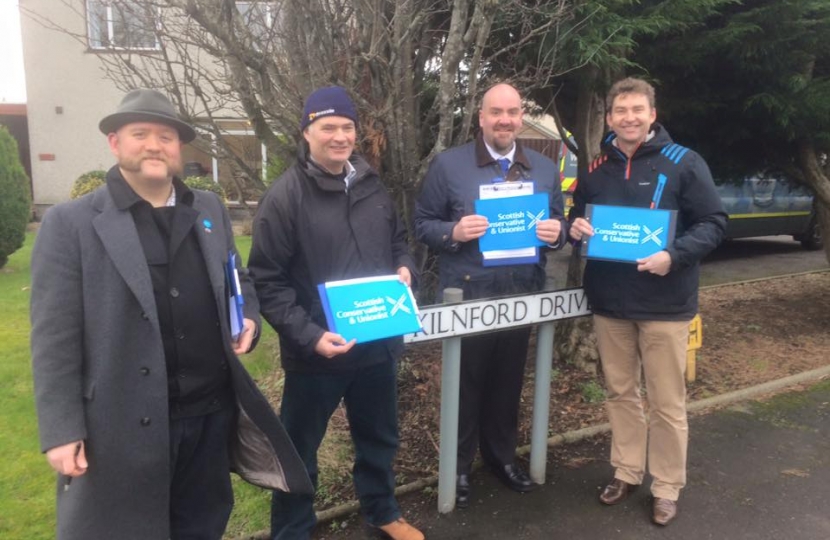 Carrick, Cumnock and Doon Valley Conservative candidate Lee Lyons visited Dundonald on Saturday 6th February to talk to local residents about the upcoming Scottish elections. Lee received a very positive response on the doorsteps and many issues were raised by local people, particularlythe failure of the SNP in Government and the lack of opposition from Labour. Local residents were united in their feeling that they want a strong opposition to hold the SNP to account and prevent Scotland becoming a one party state.

Lee Lyons and the Scottish Conservative and Unionist Party are committed to being that strong Scottish alternative at Holyrood after May 5th.