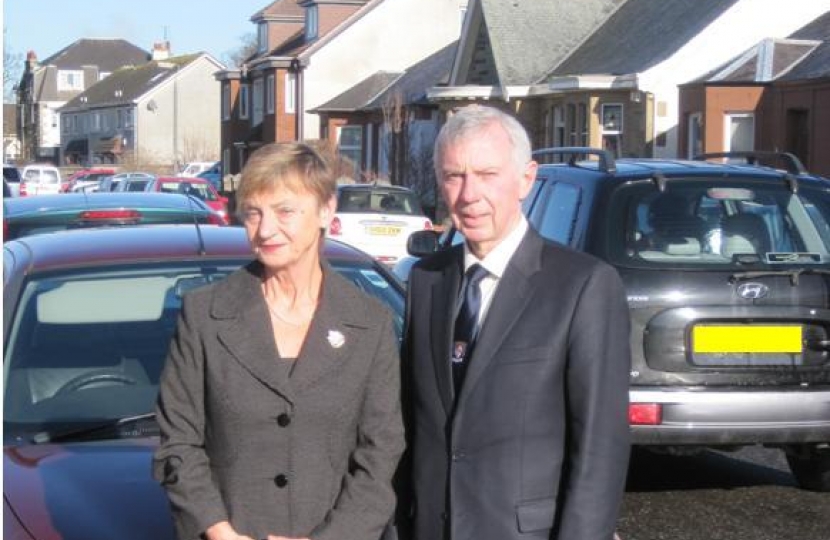 A four-year campaign to ease parking problems for Prestwick residents has paid off; with a permit scheme being approved by South Ayrshire Council.

Prestwick Conservative Councillors Margaret Toner and Hugh Hunter led the campaign after concerns were repeatedly raised by residents unable to park outside their own homes. John Scott MSP also lent his support to the campaign by lobbying the Council on behalf of local residents.

Councillor Margaret Toner said: “This has been a very long-running issue in Prestwick, with many residents finding themselves unable to park outside their homes, or constantly having to move their cars to comply with local parking restrictions. The introduction of residents‟ parking permits in those streets most affected is a big step forward and one I‟m glad to have helped achieve.”

Councillor Hugh Hunter said: “I know from speaking with many local people just how difficult and frustrating this has been, so it‟s really great news that after years of pressing for a residents‟ permit scheme, we have now reached a successful conclusion.”

“I‟m looking forward to the scheme being rolled out in the streets affected, and to local residents seeing what I am sure will be a big improvement in their ability to park locally.”