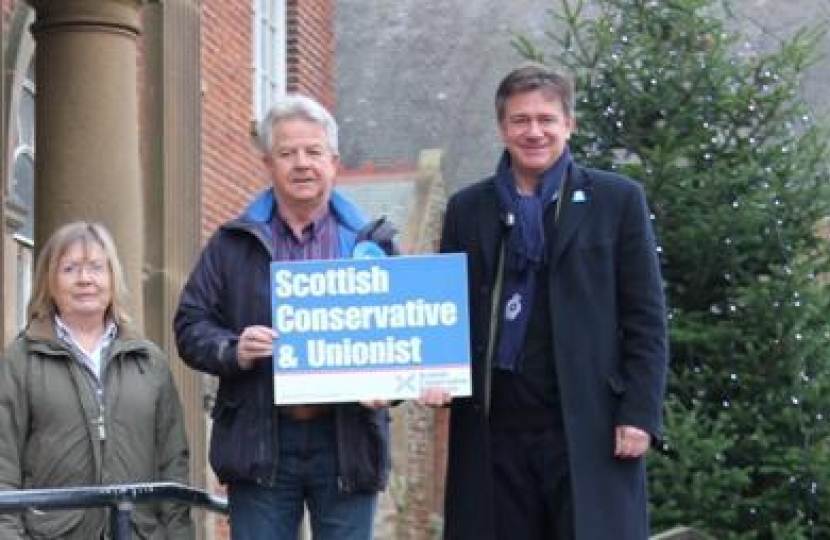 Local Conservative activists in South Ayrshire have began their campaign for the 2015 General Election with an action day in Troon for our Central Ayrshire candidate Marc Hope.

Over 4000 leaflets were distributed across the town from Barassie in the north of the town to right down to the homes that surround the world famous golf course.

This is the start of several campaign sessions for both Marc and also our candidate in Ayr, Carrick and Cumnock, Lee Lyons.

Commenting on the start of campaigning, Association Manager Dan McCroskrie said: "We know that the task ahead will be tough considering the major changes that have occured in Scottish politics since the 2010 General Election. However, as an association, we haven't been this strong in a long time and Marc and Lee have displayed so far that they are in it to win it".

The next major campaign day will occur this Saturday 6th December 2014, with activists meeting at the Carrick Centre in Maybole at 10.30am to help distribute leaflets for Lee Lyons across the Carrick region.