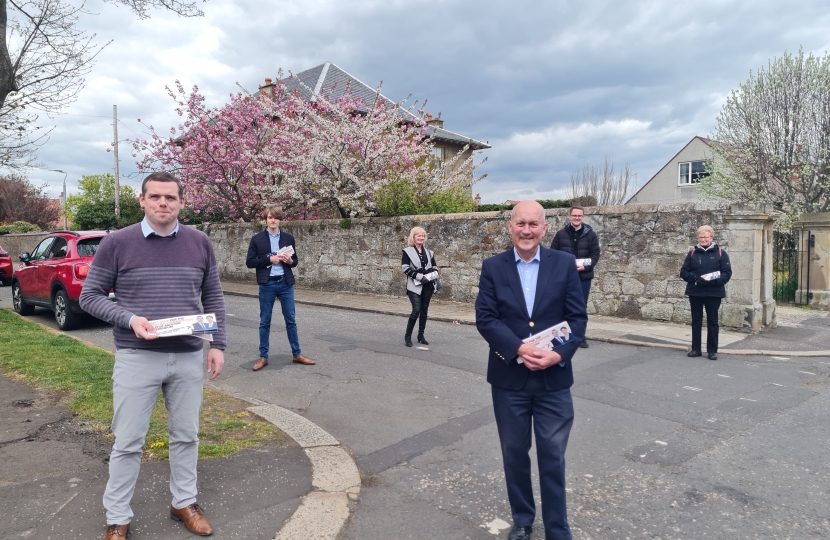 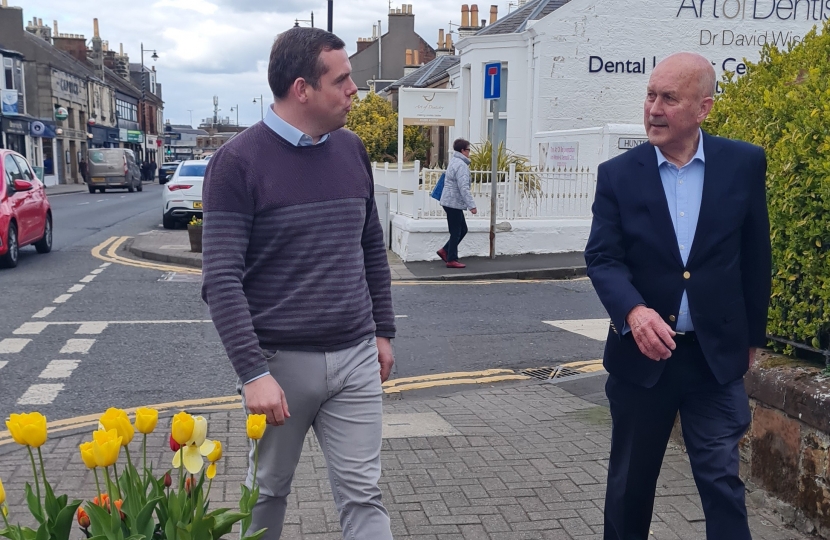 Our association was delighted to welcome Douglas Ross on a visit to Prestwick this week.

Douglas was joined by John Scott, our local Scottish Conservative and Unionist Party candidate for Ayr, Prestwick and Troon. The pair met with local business owners and residents in the community. They campaigned with local activists in the town ahead of next week's Scottish Parliament election.

The SNP / Scottish Government have let people down over the last 14 years and their offer for the next 5 years is another independence referendum. We know they've not done any of the calculations as to what that would cost and what that would mean for creating a border between Scotland and the rest of the UK. The reason I have to respond to that is because the Scottish Conservatives are the strongest party in Scotland who can stop their majority, stop that 2nd independence referendum and get the focus on the recovery.

The man bidding to extend his run as Scotland's longest serving Tory says protecting our town centres must be the priority coming out of covid.