Conservatives Lead Fight for the Union in South Ayrshire 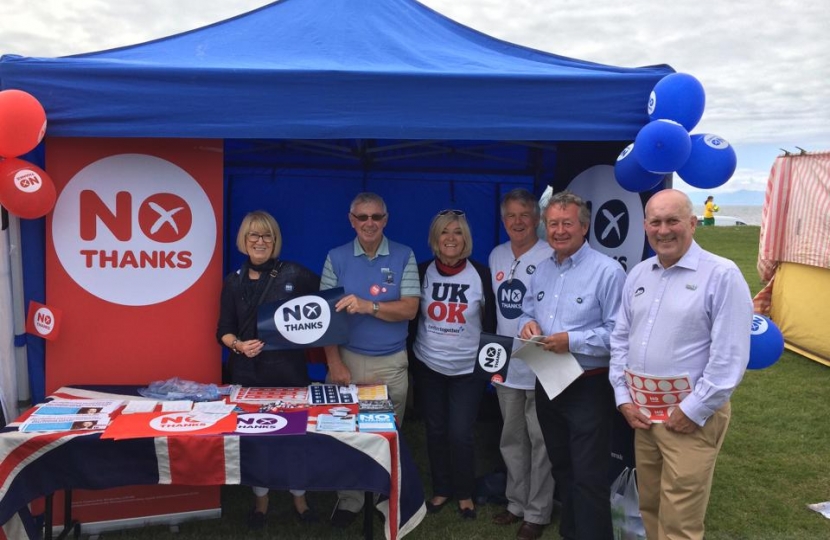 Over 20 activists campaigned on Saturday (21st July 2014) at the Ayr Holy Fair to help secure a resounding "No" vote in the referendum on Scottish indepedence. Some campaigners were out speaking to voters in Ayr High Street and others were giving information to interested residents at the information stall at the Holy Fair.

Whilst Better Together is made up of all party and non-party activists, Conservatives have led the campaign in South Ayrshire and many have dedicated days, weeks and months to ensuring that South Ayrshire votes "No" and Scotland votes "No".

Activists signed up dozens of new volunteers and many more supporters on the day, whilst the Yes Scotland group sent activists over to campaign opposite our Better Together gazebo due to the heavy footfall we received.

Activities will continue every week until the referendum and the next gala day Better Together will be attending will be in Ballantrae on Saturday 5th July 2014 from 11am.